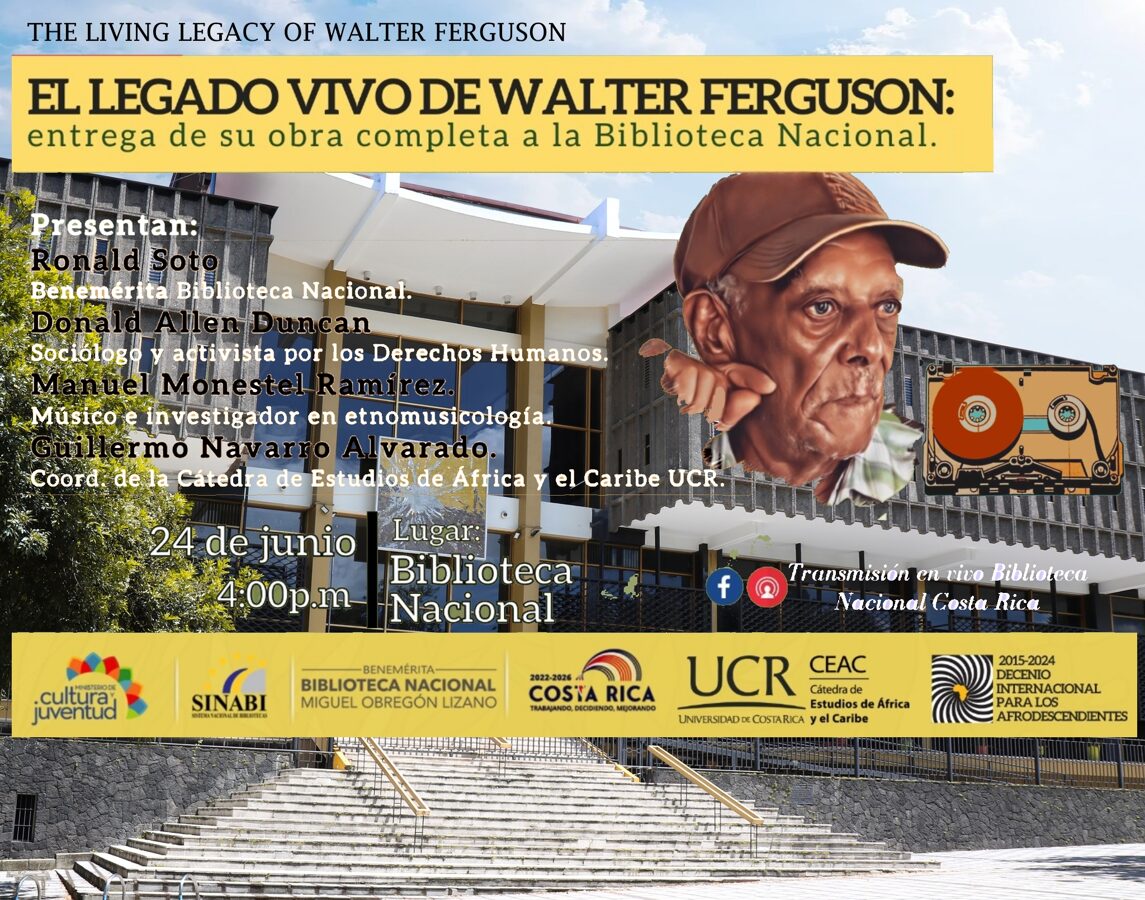 On June 24th 2022, roughly 50 hours of original cassette recordings digitalized by the Walter Gavitt Ferguson Tape Hunt from the personal archive of Manuel Monestel were handed over to the National Library of Costa Rica. The material encompasses most of the musical work of Walter Ferguson known today and is now accessible to researchers and the people of Costa Rica.

The material handed over to the Library of Costa Rica today is an invaluable part of the nation's cultural heritage, yet it fits on a simple USB-stick. The stick contains roughly 50 hours of recordings stemming from 45 audio cassettes that Don Walter had recorded between 1980 and 1995. The original tapes belong to the collection of Manuel Monestel, researcher, musician and long time friend of Don Walter. They were digitalized in 2020 by the Tape Hunt project, following a successful crowdfunding campaign to enable professional sound engineering. Due to their age and the inevitable deterioration of the magnetic tape, the preservation of these cassettes was an urgent task that was also covered by the national newspaper La Nacion. And - in addition to rescueing this sonic treasure - the 103-year old artist could finally be re-united with many of his lost & found musical creations (read & see more about this here).

The 45 digitalized cassette recordings donated to the Biblioteca Nacional comprise a substantial part of the Tape Hunt project's archive and feature a wealth of Don Walter's unreleased compositions. They are excellent examples of the possibly hundreds of one-off self-recorded cassettes that Don Walter has sold to travellers and music lovers visiting his home town Cahuita between 1975 and 2000 - without ever keeping a copy for himself. Starting in early 2017, the ongoing international search for surviving cassette recordings was supported - amongst others - by the BBC Radio and The Guardian, and has since found 82 tapes worldwide, from which a total of 62 previously unreleased compositions by Walter Ferguson could be saved from getting lost forever.

Held by the Benemérita Biblioteca Nacional and the Cátedra de Estudios de África y el Caribe de la Universidad de Costa Rica, the symbolic act was celebrated today in a live presentation by leading experts on afrocaribbean cultural research, Mr. Donald Allen Duncan, Mr. Guillermo Navarro Alvarado, Mr. Manuel Monestel Ramirez, as well as Mr. Ronald Soto and Director Mrs. Laura Ramirez from the National Library. All speakers agreed that making Don Walter's musical legacy available to researchers and the people of Costa Rica was a big achievement for the democratization of national heritage, for the valorization of afrocaribbean culture in Costa Rica and for the trajectory of one of the country's greates musical artists and composers of all time.

Mr. Theodoro Symes Campbell attended on behalf of the Ferguson family and was given a personal copy for the family's archive. 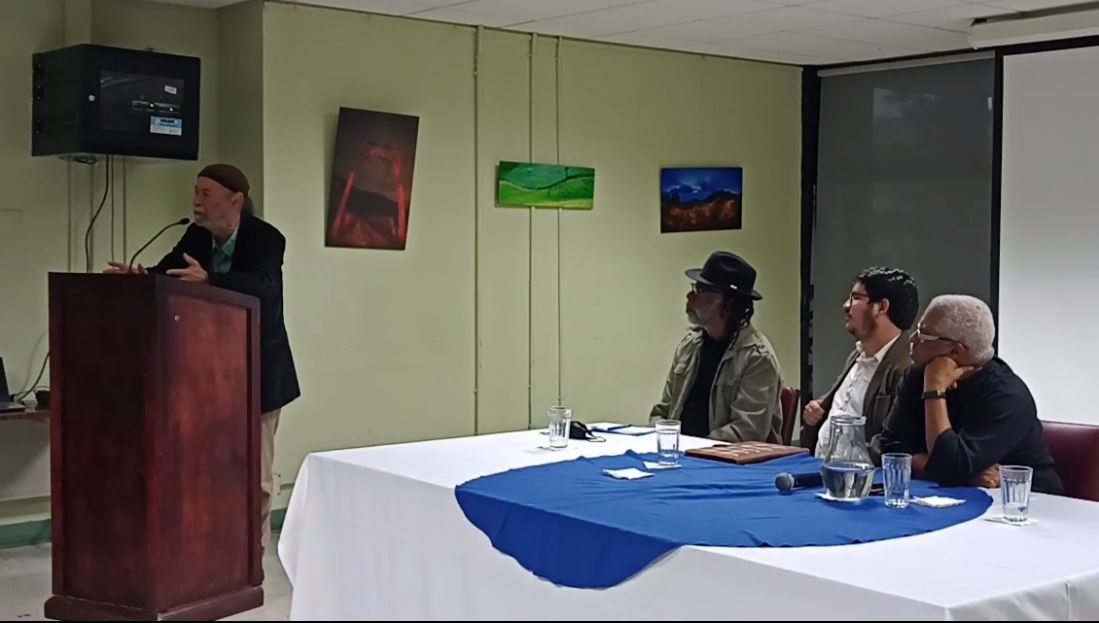 Ann Werdenberg - July 10, 2022 at 5:20 pm
I am so glad the result of the tape hunting of Don Walter Ferguson`s Calypso music is for ever safe now