Why a Tape Hunt?

The lost Calypsos: 98-year old Walter Ferguson has composed an estimated 150 to 200 Calypsos in his life, but never wrote down scores nor lyrics. On his official recordings, only about 40 compositions have been recorded. With age he started to forget his older compositions and nowadays he can't recall great portions of his repertoire, meaning that many of his songs have probably been lost already.

The good news: Between the late 1970ies and the end of the 1990ies he did record himself on Compact Audio Cassettes, selling these to fans and tourists in Cahuita, or giving them away to friends. In those 25 years of "home recording" he must have recorded well over hundred such tapes, spreading his music to the four corners of the world. Because he has never made any copies, every tape actually features a unique, original recording session, probably containing some of his old songs that need to be saved from oblivion.

The bad news: Nobody knows where these tapes are today, or how many have survived... and even if they still exist they risk to get damaged by deterioration. 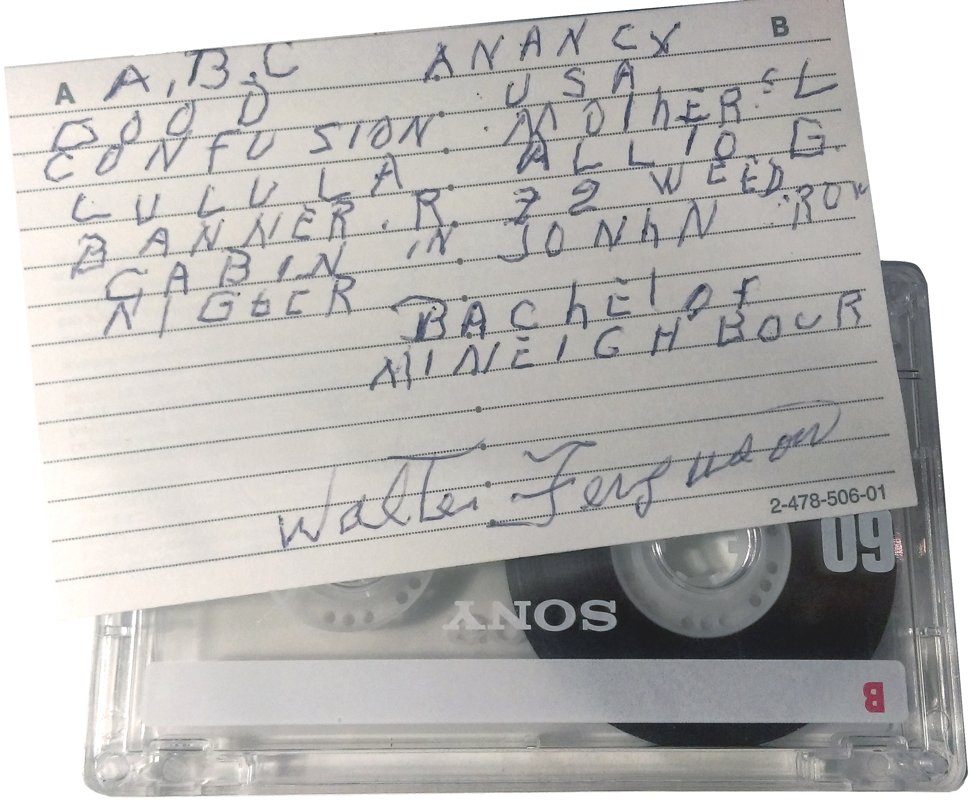 Our project aims at finding those unique tapes by spreading the word online and restoring/saving them for the future.