New Treasure: Original 1980s Tapes found in the US!

We are very happy to announce that five of Don Walter's original cassettes from the 1980s have surfaced and are now saved in our archive. Containing a string of unheard pearls and lost Calypsos, these recordings tell their very own story.

This caribbean audio treasure is another big step towards our goal to rescue the old and forgotten compositions of Walter Gavitt Ferguson, Costa Ricas legendary musician that will turn 100 years old next month. These lost & found tapes could be considered a piece of cultural history: They belong to no other than Mrs. Paula Palmer, who lived in Costa Rica between the 1970s and 90s, where she wrote her well known book "Wa' appin, Man" about the Talamancan Afro-Caribbean Culture. Back in the 1970s, Paula interviewed Mr. Gavitt on several occasions for her book and also witnessed him perform his music. Subsequently, a good portion of her book was dedicated to Mr. Gavitt. Don Walter returned the favour by composing two exclusive songs for his friend: "Wa' appin Man" (hear the song here)" and "Hurrah for Paula" (hear the song here), which are featured on these cassettes, amongst other gems and unreleased compositions.
Luckily, Paula has kept her tapes save for over 35 years and upon hearing from our Tape Hunt, she helped us transfer and rescue that treasure with the technical support of the Alternative Radio in Boulder, Colorado. 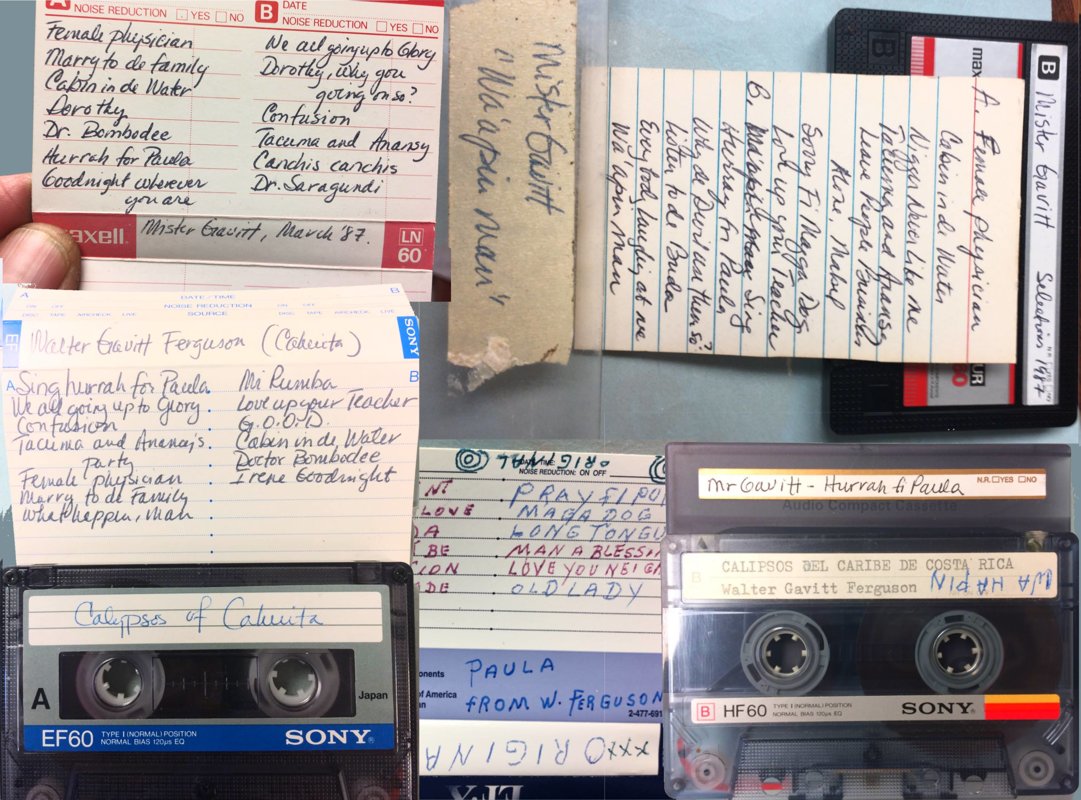 Above: The original cassettes from Paula Palmer. 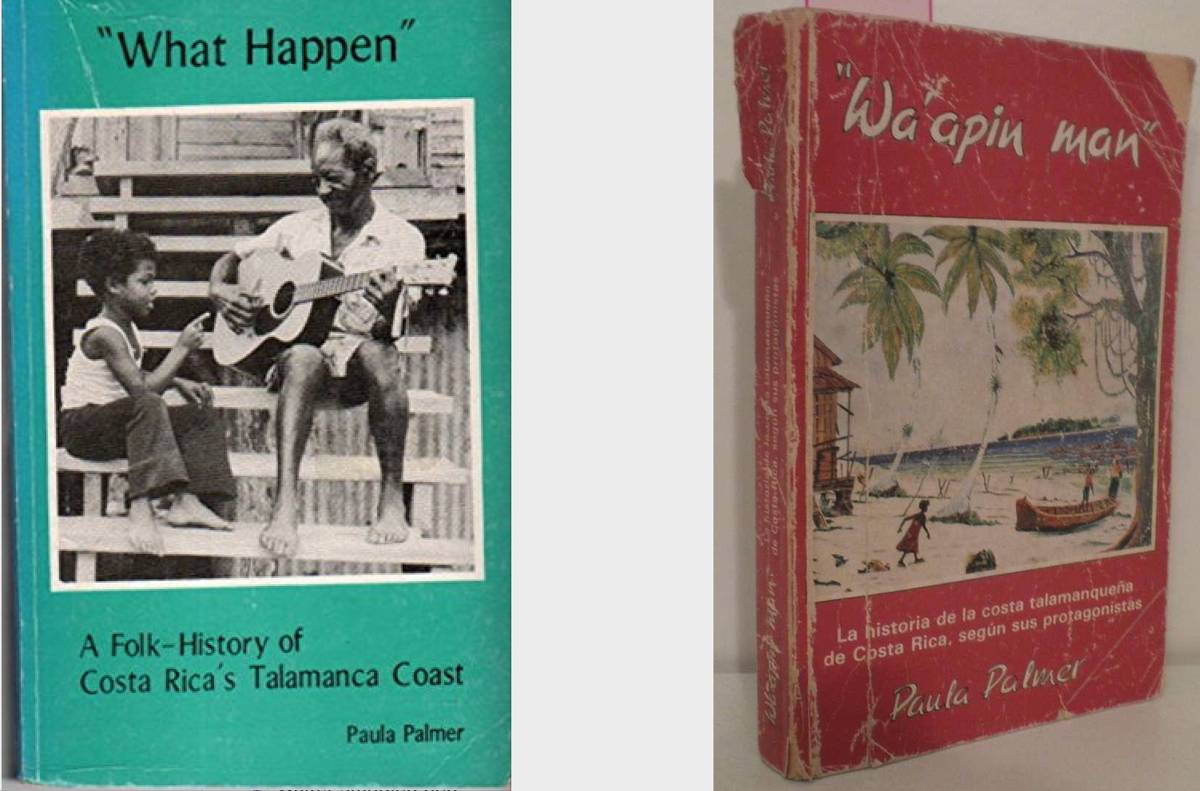 Above: The first editions (eng/spa) of Paula Palmer's book. Quite some pages are dedicated to "Mr. Gavitt", his lyrics and his biography. Since 1977, the book has been edited and re-published several times. It is still available today (last edition from 2005).

Paula Palmer is a North American sociologist who lived on Costa Rica's Caribbean coast from 1973 to 1993. There she helped Afro-Caribbean and indigenous Bribri communities analyze and publish their own accounts of their histories and aspirations as unique peoples. For three years she directed a Community Research Project at the regional high school, where her students published their own oral histories of the region. Since 1996 she is executive director of Global Response/Environmental Action and Education Network, based in Boulder, Colorado.