Did you know that Mos Def and Jneiro Jarel are fans of Walter Gavitt Ferguson?

Some years ago, the famous rapper & actor Mos Def a.k.a Yasiin Bey told his colleague Jneiro Jarel that he should visit Cahuita and link up with the legendary Calypso King. He followed through and fell in love with Cahuita. 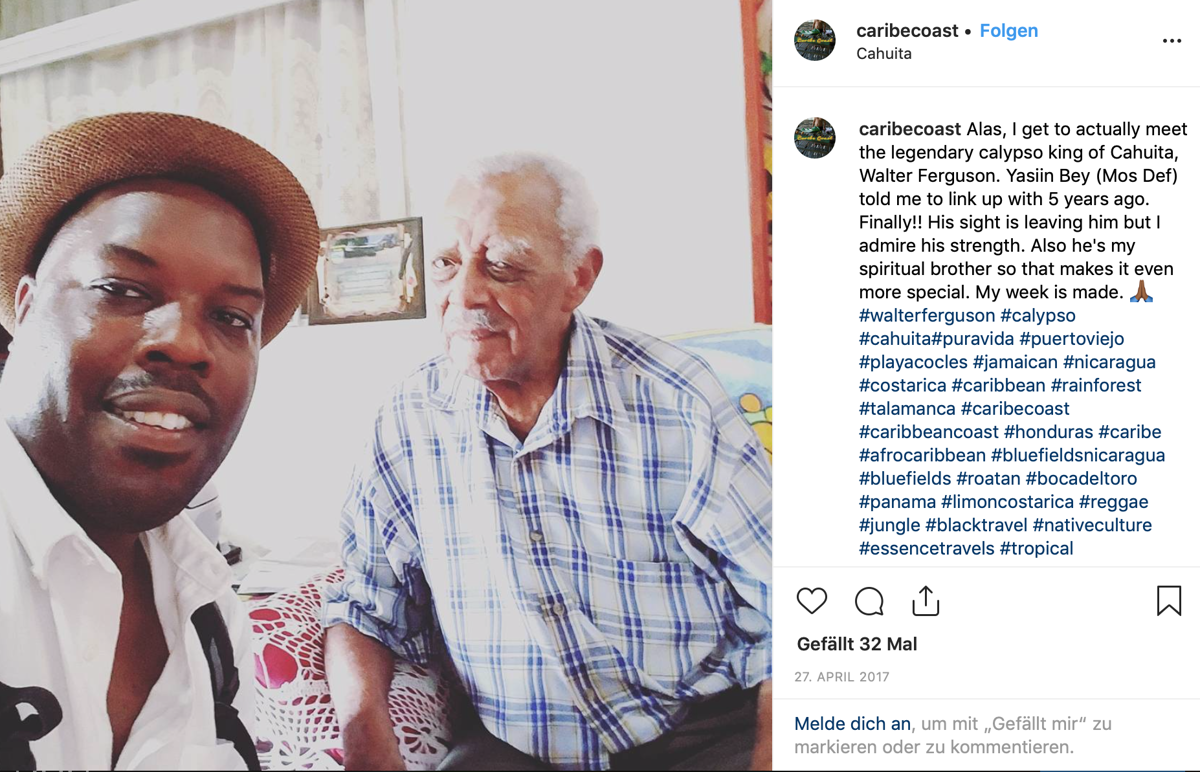 In an Interview with the VICE magazine, Janeiro explains:
"I had a long talk with Yasiin Bey about getting away for a while, and I was interested in this small town on the Caribbean coast called Cahuita. He lit up and said he used to live there [and that] I should meet up with the legendary local musician, Walter Ferguson. I ended up going and fell in love with the place," says the nomadic producer Jneiro Jarel (also known as Dr. Who Dat?). Thus came about "Cahuita," Jarel's ode to the Costa Rican beachy paradise. A slice of experimental hip-hop made of live instrumentation and sampled bird calls, the track carries the grooves of LA's beat community, where Jarel spent several years collaborating with artists like Flying Lotus and Daedelus.

Check out the resulting Track: "Cahuita"