Can you imagine dedicating a beautiful song to a plant disease that destroyed all your crops? Well, Walter Ferguson did just that.

"MONILIA" (Moniliophthora roreri) is the cacao plant disease that had almost wiped out cacao production on the Caribbean shore of Central America in the 1970s. Being a cacao farmer all his life, Don Walter and his family suffered greatly under the Monilia epidemic, yet he dedicated one of his most beautiful songs to it. 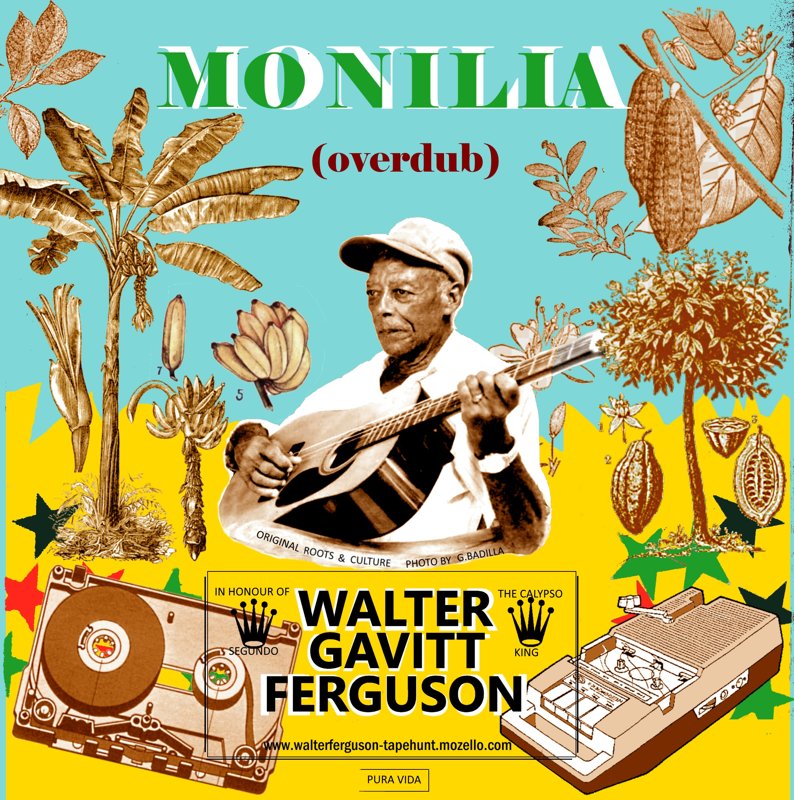 Mr. Gavitt recorded Monilia on several occasions. But the following version is very special, coming from one of the cassettes we found in Costa Rica in July 2018. Among some of the King's long forgotten calypsos, they also contain unheared material of Don Walter experimenting with dubbing over a second voice - unbelievable! No idea how he pulled this off using a simple tape recorder. Maybe he used a second tape recorder, one for playback and one for recording.
Anyhow, the result is as beautiful as it is noisy!

Enjoy this rare duet version of "Monilia" by the King of home recording!